In early May Microsoft surprised everybody when they announced a new command line tool called Windows Terminal. It was destined to combine existing shells and terminals (e.g. PowerShell, Command Prompt, Linux shells from installed distros into WSL) under a single roof. On top of that, the design of each shell would be configurable through profiles, allowing different background pictures, font styles, colors and sizes.

Yet, the biggest news was that the new Terminal application was to be developed as an open source project. Shortly afterwards, a first preview version was released in the Microsoft Store.

Since then, the community has been very actively developing the new Terminal and in it’s latest release, they snuck in a new feature: Split Screen!

In this blog post I will quickly demonstrate how to configure split screen in the new Windows Terminal.

If you haven’t installed the Windows Terminal app, do so from the Microsoft Store. Launch the app and open the settings file through the menu. 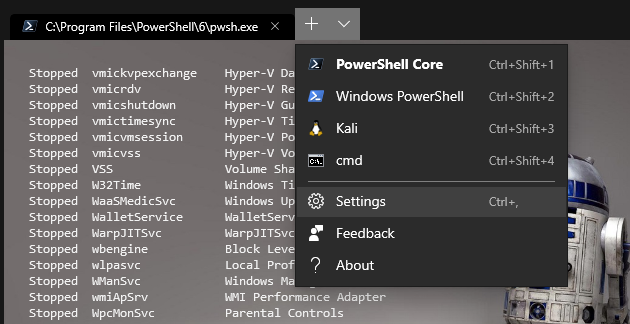 At the moment, this is a JSON file which needs to be configured manually. A nice GUI should follow later. The JSON file will open automatically, but you can also find it stored here:

In the keybindings section, insert the following code: 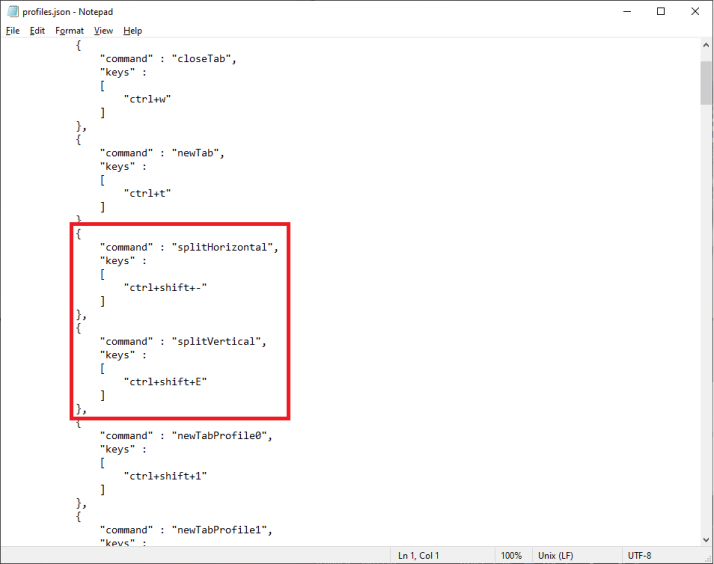 Of course you can alter the key bindings to your liking. Safe the file and without restarting Windows Terminal, you will be able to split the screen vertically and horizontally using the configured key bindings. The result might look like this: 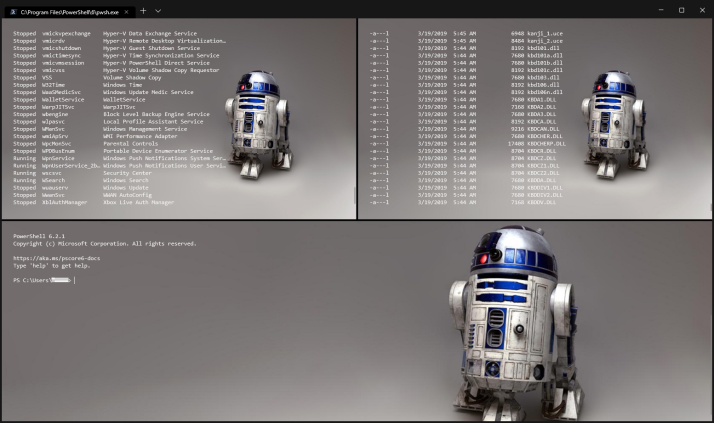 You can follow the development of Windows Terminal here: https://devblogs.microsoft.com/commandline/

3 thoughts on “SplitScreen in Windows Terminal”